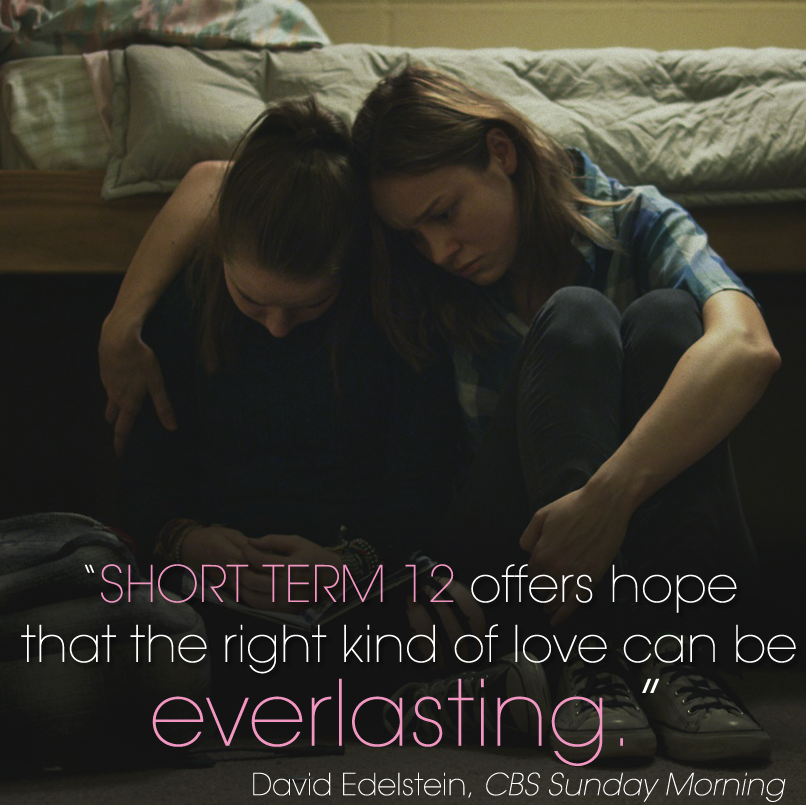 “Short Term 12” is a movie we highly recommend checking out.  Here’s some information we got from the official website.

The world of group homes is not an unfamiliar one to SHORT TERM 12 writer/director Destin Daniel Cretton. In fact, he loosely modeled one of the film’s characters, Nate – an unsure newcomer to the line staff at the facility – after himself.

“After I graduated from college [Point Loma Nazarene University in San Diego], I couldn’t find work, and a friend of mine mentioned a group home for at-risk teenagers that was hiring,” the director recalls. On his first day, a seemingly nice kid had a lovely chat with Cretton – and then blew up and threw a chair at him from across the room. “It was by far, one of the scariest experiences I’ve ever had – at first. I was really afraid of doing something wrong and messing up these kids more than they already were. But after a month or so, I fell in love with it.” He stayed on for two years.

It is an experience that stuck with Cretton, even as the Hawaii native was getting his Master’s Degree in Film and New Media from San Diego State University. There, a few years later, he created a 20 minute short for his thesis project, titled “Short Term 12” – based on his experiences at the home. The film went on to win the Jury Prize at Sundance in 2009 – and prompted Cretton to make a feature version. “I was kind of a novice filmmaker, and somebody told me that if you were going to Sundance, you’d better have a feature script ready. So I wrote one.” That script eventually found its way to the Academy of Motion Picture Arts and Sciences, where it was one of five scripts in 2010 to win the Nicholl Fellowship. “That was a big stamp of approval,” he says.

The short had featured a male, named Denim, as the lead supervisor of the home’s “Line Staff,” the home’s counselors who tend to the kids each day. But for the feature version, Cretton decided to switch things around, creating a new character, Grace, in the supervisor’s role.

Cast in the role was actress BRIE LARSON, of whom Cretton was a fan – not only for the searing emotional role she played in Oren Moverman’s “Rampart” (as Woody Harrelson’s eldest daughter), but for her comedic work on “United States of Tara.” “She’s just so raw and spontaneous, even in comedy scenes,” the director says. “She always feels like she’s shooting from her instincts, as opposed to some kind of pre-planned, rehearsed performance.”

Larson, who was filming another project in Georgia, was sent the script, and immediately connected. “Within 10 pages, it was just a role that really spoke to me,” the actress says. “I felt it had a lot of great architecture to it, and was just a big space for me to work and play with.” She and Cretton spoke via Skype, and, says the director, “I saw Grace very quickly in her. She was really funny, but she also had something about her that was extremely thoughtful. She would stop and think about things, and it was in those moments where I saw a combination of intensity and lightness, and I knew she would kick ass as Grace. And she did.”
The actress immediately dove in to develop her character, the director notes. “She worked her tail off to get under Grace’s skin, and it was a joy to watch. She asked smart questions and devoured as much information as she could, to become an expert not on group homes, but on Grace – and the different things she could be feeling at every moment. It’s the reason her performance is believable and realistic – she had a specific take on everything for her. She never does the same thing twice.” 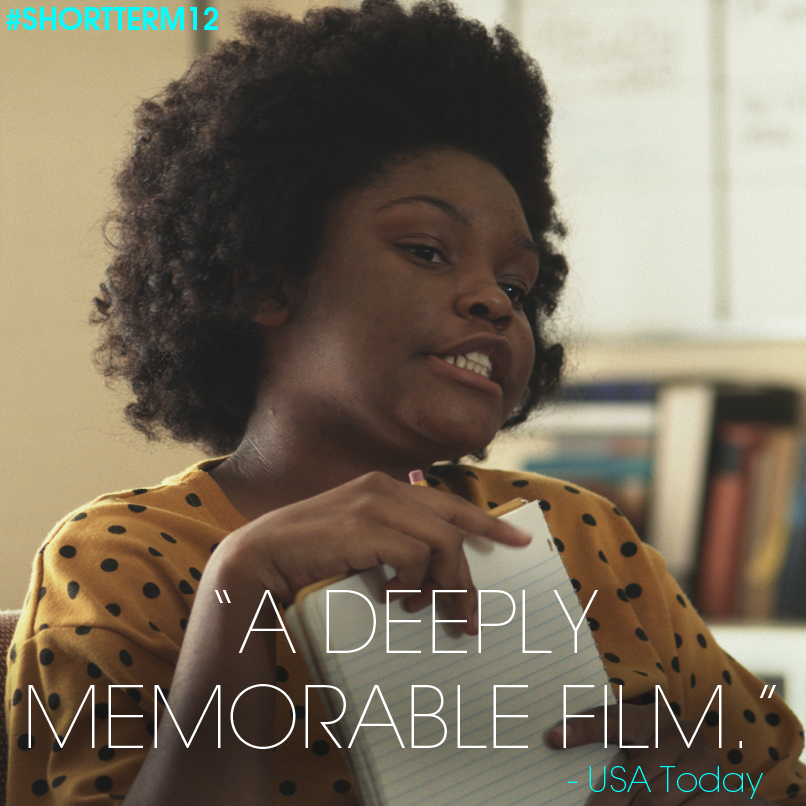 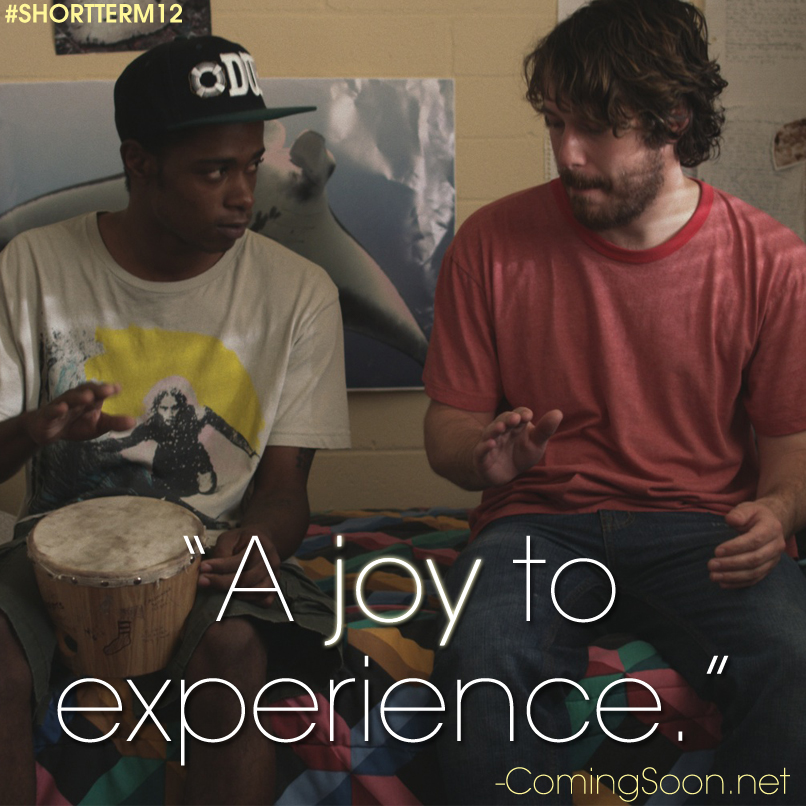 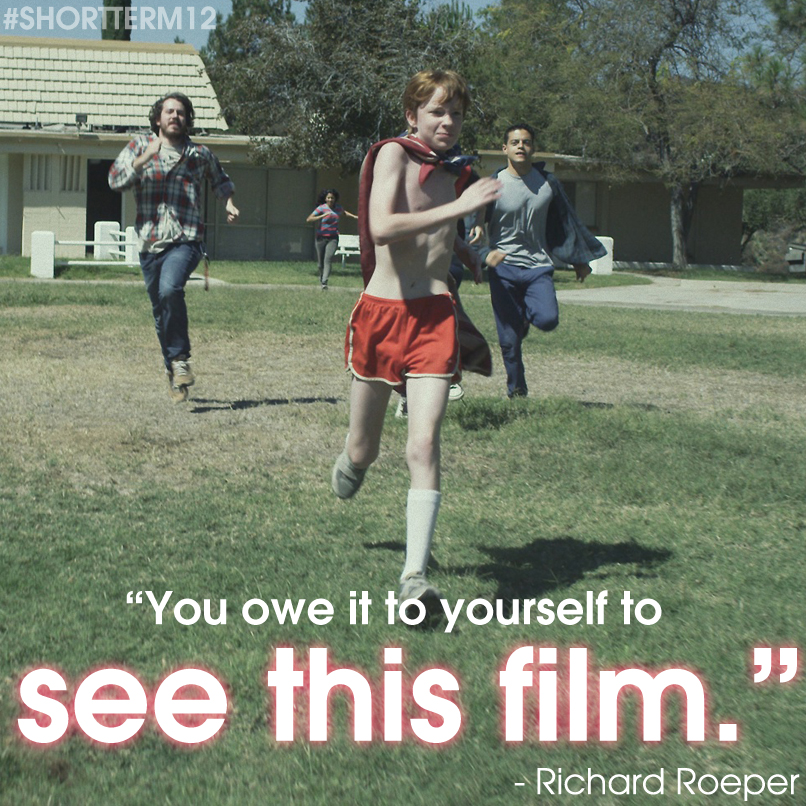 Get involved and help us change the lives of foster children around the world.  |  info@MusicIsUnity.org  |  Copyright @2018 Music is Unity Foundation. All rights reserved.